With a last bid to stop a government-imposed ban, the Premier League is pleading with teams to accept the gradual elimination of gambling company jersey sponsorship.

The plan calls for a voluntary moratorium that would go into action now at the beginning of next season while allowing current contracts to expire no longer than the 2024–25 season.

According to Premier League regulations, the idea would be accepted right away if at least 14 teams supported it.An official at a club said that they had only been given a few days to reply.

The Premier League had stated that the ban on betting sponsorship was meant to be irreversible, and that it would be subject to a provision allowing it to be reversed by 2 years’ notice in certain situations, according to an official at another team.

By one of the proposal’s receivers, gambling businesses would still be permitted to run perimeter ads. 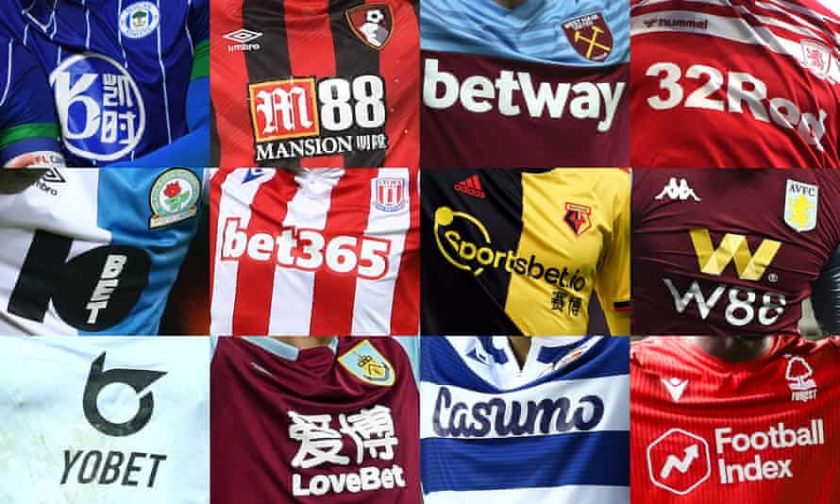 Since many of the top teams in English football have started to rely on income from the gambling market, this is a delicate topic for them.

Newcastle United and West Ham were two of the Premier League teams who had betting businesses as sponsors last year.

Other t-shirt sponsors from the previous campaign were Sportsbet.io at Southampton, Hollywood Bet at Brentford, and SpreadEx Sport at West Ham.

According to reports, the Premier League informed teams on Monday that it thought that assertion was untrue and that, absent a consensual agreement, the government would seek to enact a legislative ban.

According to a Whitehall insider, the contents of the mutual consent have been the subject of lengthy conversations lately.That implies that if an agreement were approved by the necessary number of clubs, ministers would be in favor of it.

Since none of the top six teams –Arsenal, Chelsea, Liverpool, Manchester City, Manchester United, and Tottenham Hotspur – currently have shirt sponsorship agreements with gambling businesses, it would be expected that they would embrace a voluntary boycott.

The Premier League’s proposal would nonetheless enrage anti-gambling activists if it were to be approved because it would not result in an instant and total ban on the betting company’s continued presence at stadiums and on the jerseys of competing teams in the most popular domestic league tournament in the world.